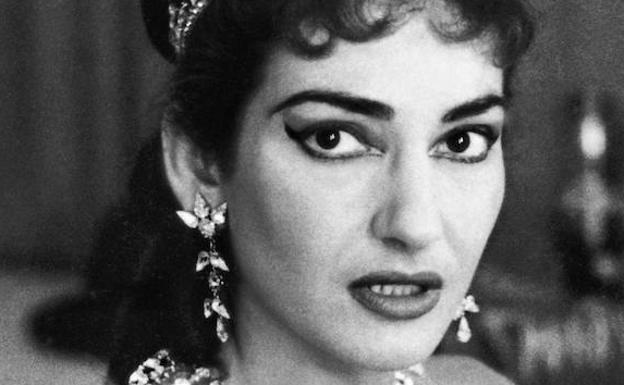 “What is musicality anyway? The composer is dead. We should be able to do whatever we want with his music…”

That inane buccal diarrhea, followed by some other drivel, from someone who is supposedly a trained opera singer, was enough to make me leave a social media group that I created. Right now, I would prefer to finish a rather important blog about Vitamin D that I began a week ago. But I could hardly sleep last night after the sheer self-important arrogance of that statement forced me to reflect on the artistic environment that we are in and how it may very well be contributing to the quasi apocalyptic anarchy we face with a pandemic, racial riots and great democracies like the United States in peril of becoming a dictatorship, led by equally self-important narcissists attempting to cancel our civil liberties, using the pandemic as an excuse.

Normally, I would have dismissed this pathetic statement as the ramblings of some unfortunate who did not receive a proper music education, but the brazenness of that statement was made more shocking by the assertion of the performer’s needs for self-aggrandizement to be so important that the composer becomes literally insignificant. Just a tool for the performer’s need to “feel important”:

“Why should we repeat what everyone has done? We need to feel important!”

We’ve already seen this in Regietheater! Stage directors who have an economic emergency in needing to make their production of Die Zauberflöte stand out among 20 other productions in a 50 square kilometer area of Germany will purposefully desecrate a theater piece to incite shock value and lure an audience that is curious about reports of theatrical scandal–As significantly different from serious theatrical experimentation.

It’s lazy! It’s desperate! And on some cases it is sheer incompetence…

… from stage directors who do not have the minimum amount of musical training to understand that the dramatic argument of an opera is in great part dictated by the composer through harmony, rhythm, program music, atmospheric interludes and even a measure of choreography.

A generation ago, a popular movie was made on the legendary figure of Mozart and his fictitious rivalry with his contemporary Antonio Salieri, based on the popular play by Peter Shaffer. In the following clip, Salieri describes in very poetic rapture the simplicity yet almost superhuman feat that was Mozart’s composition:

A generation ago, we were still awe-inspired by the power of great musical masterpieces. That was the generation when I became a musician and when it was still the norm that a great classical vocal performance was judged by the singer’s ability to make sense of the composer’s notes and use an advanced vocal technique to bring that music and it’s specific structure to the fore.

What liberties do we have relative to a musical score?

We know for instance music from the baroque through the first half of the 19th century, at least in Italian music, was ornamented. Performers were expected to play or sing variations (ornamentations) on repeated sections, etc. Yet, as a blockflötist, I can ornament the music of Telemann or Handel or Vivaldi at sight. But I dare not do that so much with the music of Bach.

But why not Bach?

I’ll use one reason among many: Harmonic Rhythm. Harmonic changes in Telemann, Handel, Vivaldi and most baroque composers are periodic. Sometimes one harmony per measure, sometimes two. With Bach, there could be 5 or 6 or chromatic changes and equivocal harmonies within a harmonic period. To be able to ornament this music, it would be necessary at time to compose an altogether different line of music that followed Bach’s intricate counterpoint. To ornament Bach the way one does Telemann would be the equivalent of jazz improvisation without knowing the changes.

A generation ago, putting one’s stamp on a piece of music was dependent upon finding musical nuggets that others had not found before. Are there still nuggets to be found?

The argument of this person was that it had all been done before. That statement revealed the one-dimensional thinking of many singers. Too often singers have no idea about harmony or even take time to ask themselves why a composer choses a certain rhythm. It just does not cross their minds, which is why singers need a coach to fix their rhythms. This too is a source of great problems.

In an ideal world, singers would be able to play the entire music they are singing and understand harmony and rhythm, etc. Singers would have composed music, and through that understand the choices a composer makes and respect them or even have the experience to determine whether the composer made good choices or not.

Unfortunately, singers are coached within an inch of their lives, turned into sound machines with no personal input on the music that they are to perform.

How boring is that!

So they try to find some level of control so that they feel important.

Yet unlike the previous generation, singers are encouraged to be silent. Conductors by and large do not like singers to have ideas. 1) They have less time to put a performance together 2) Singers are often not musically developed enough to have ideas that reflect an understanding the score beyond their melodic line.

Therefore a coach is needed to act as a bridge between singer and conductor. But how many pianists say: “I like this recording of so and so, you should do it that way” instead of teaching the singer about fundamental issues?” Too many! How many ever respects a singer as musician to ask: “Why did you chose to phrase that way?” Too few! (there are truly some great singer-musicians out there, despite this environment of non-musician-singer as sound-machine).

Singers being reduced to “sound-machines with big tits or 6-packs” is one reason for the desecration of the operatic art form. But it is more insidious than that.

We live in a world where education is considered elitist and facts are an insult to fragile egos or the survival of con-artists (pun definitely meant).

The internet age makes it such that we tend to isolate ourselves with people of similar opinions, shielding ourselves from information that does not support our paradigm. That “unfortunate” who does not respect the composer’s music and when asked about Callas’ statement that “…all the answers are in the score” responds: “that’s just her opinion” grew up in an environment of “Alternative Facts,” and that everything must feel good and everything is about me!

I cannot blame him for being a product of his time, but likewise I could not stand being a victim of mine.

Throughout the aftermath of the many racist killings, I have reflected upon my upbringing and saw where I was wrong. I recently had a passionate yet respectful debate with a friend on the role of the police and it’s historical roots. At the end of it, we both learned something and I believe it has made us better human beings and better friends! The reason that happened is because 1) we both respect facts 2) the discussion was about the world we live in and not about us as individuals.

The reason I abandoned my own group was that I allowed elements that were driven purely by self-aggrandizement and ego and not about facts and the art form. The reason why I cannot just ignore these things is that the greatest pandemic we are living through, and it has been for at least the past three decades, is one called Narcissism. It’s all about what I get! It’s not important unless it makes me feel better, greater; it’s not good unless it is just like me!

We do not have a Kennedy in our times to remind us that our service to the community is more important than what the individual gets out of it. We have lost all humility before the art form.

I joked on my Facebook feed that I would now go out and paint over Picasso’s Guernica! But that painting is considered a unique work of art worth preserving and discussed and pondered. Whatever ideas we have about that painting, we have it to relate to.

What we experience of Opera or Ballet or Classical theater is what we see and hear onstage. When that is routinely distorted into a parody of the original relative to modern needs for superficial entertainment, It’s hard to see our way out of the abyss. There is light opera for light entertainment. But some works (most operatic works) are written to makes us ponder the lives we currently lead, whether the racial divide we currently experience or the global pandemic or political chaos in a land once taken for granted to be stable.

When we reduce it to 3-hour can-can, we weaken the art form.

Opera is a community art form. The village green we gather around is the composer’s score. That is the first source we proceed from. It is as close to empirical as we can have. Without respect for it, there is no common ground, no point of departure, no interpretation…no opera!

2 thoughts on “In Opera, Nothing is Sacred”

This site uses Akismet to reduce spam. Learn how your comment data is processed.